Richard has focused on estate planning and elder law since he received his law degree from Northwestern School of Law and was admitted to the Oregon State Bar in 1989. A graduate of Portland's Jesuit High School, Richard earned his Bachelor of Science degree in Political Science from Santa Clara University in 1979. He is a founding partner of Davis Pagnano McNeil & Vigna, LLP, The Elder Law Firm.

Richard has spent many hours volunteering with the Senior Law Project, providing free legal services to low income elders in the Portland area. His contributions were recognized with awards from the Senior Law Project in 1993 and in 1996 for Outstanding Volunteer Service. Richard joined the board of directors for the Guardian/Conservator Association of Oregon in 2009. He was the co-chair of the Portland City Club's Health Care Issues Committee for two years, and also served as chair of the board of directors of Elderway, Inc., (formerly known as Store to Door) a non-profit organization that delivers groceries and medicine to elderly and disabled homebound individuals. The Multnomah County District Attorney's office called on him to be an expert witness in a prosecution for financial abuse of an elder.

Within the Oregon State Bar, Richard has been active in several sections, chairing both the Estate Planning and Administration Section in 2004 and the Elder Law Section in 1999-2000. He has made a number of presentations to professional and non-professional groups on probate, estate planning, and elder law issues. In 2002, Richard served on the Oregon Law Commission's Elective Share Work Group. He has written articles that have appeared in (and been quoted as an elder law expert in) The Business Journal, The Oregonian, and Willamette Week. 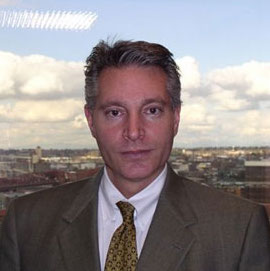